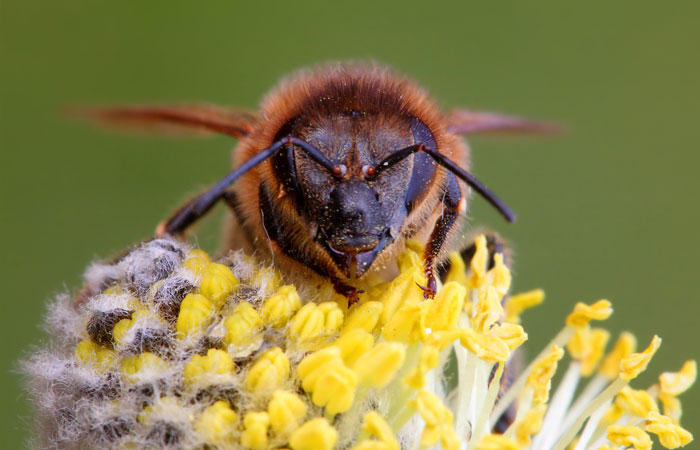 Can You Identify These Different Types of Bees?

Bee-lieve it or not, there are more than 20,000 species of bees in the world, and not all of them sting. While they may seem like a nuisance when you are outdoors, these creatures are critical for our ecosystem, including our food supply (learn more about the importance of bees). Here are some of the more common varieties you might encounter in North America: 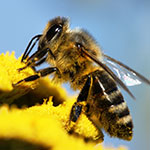 Honeybees – Talk about an important insect: honeybees pollinate one third of all of our crops! If you have a garden in your yard, you should welcome them (that’s right, we said attract bees to your yard!). You can identify honeybees by their golden brown coloring (sort of like a fur on their backs) and black abdominal stripes. Honeybees don’t often sting humans, but if they do, it can only do it once (the stinger stays in your skin). The honeybee is the only bee that dies after it stings, so avoiding this sting means saving an important honeybee. #SaveTheBees 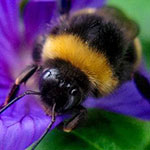 Bumblebees – These are the fluffy kind! Bumblebees are a bit larger than honeybees and have a body covered in fluffy black and yellow hair. According to the National Wildlife Federation, their wings beat 130 times or more per second, causing a vibration that allows flowers to release pollen. This process, known as “buzz pollination,” helps plants produce more fruit. It’s also this buzzing that gives bumblebees their name. They can sting repeatedly, however, bumblebees are typically not very aggressive toward humans unless they feel their nests are threatened. 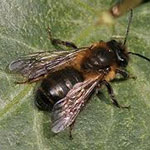 Solitary Bees — Varying in size and shape, solitary bees are said to be even better pollinators than honeybees. These little workers collect nectar and pollen from flowers and are relatively harmless. They rarely ever sting unless directly threatened. And even if they do sting, their sting is not as panful as others. They do not live in colonies, produce honey, or have a queen. Now do you understand why they’re called ‘solitary bees’? 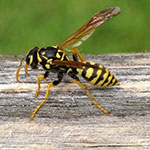 Yellow Jackets – Contrary to popular belief, these black and yellow striped insects are actually a type of wasp. They are very aggressive in defense of their nests, which are often built in rafters, hollows of trees and even underground. Some yellow jacket nests have been thought to exceed more than 100,000 wasps, so you definitely don’t want to mess around near them or risk painful stings. Yellow jackets become more aggressive as the summer months progress as their colony size continues to increase while their food supply decreases. This leaves them scavenging at your picnics and barbecues. If you see them around, don’t swat or swing at them – remain still and keep any sweet drinks or food covered. If you do end up getting stung by one of these aggressors, check out this video to see how the toughest wilderness star handles it. 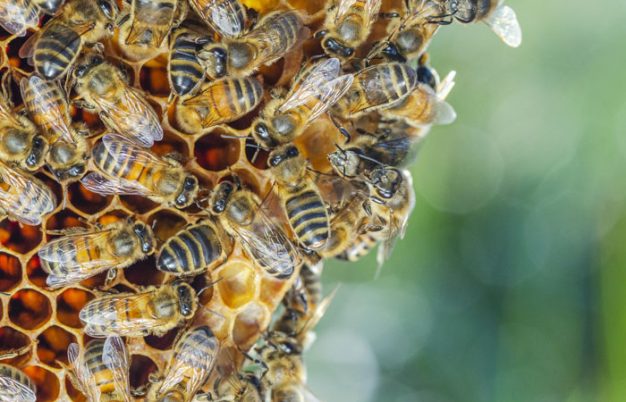 Bees are working hard to prepare for the colder months ahead. 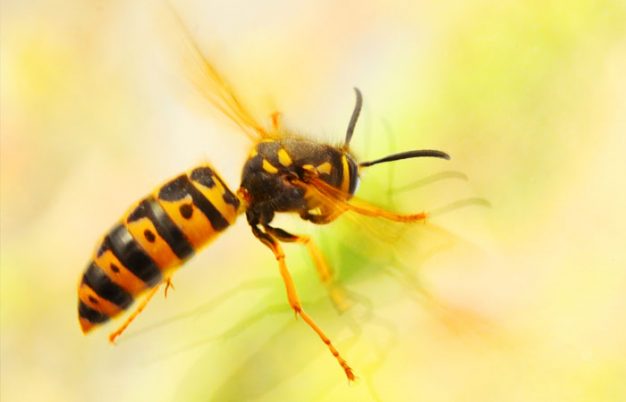 Yes! And it turns out that there’s a scientific reason for it.